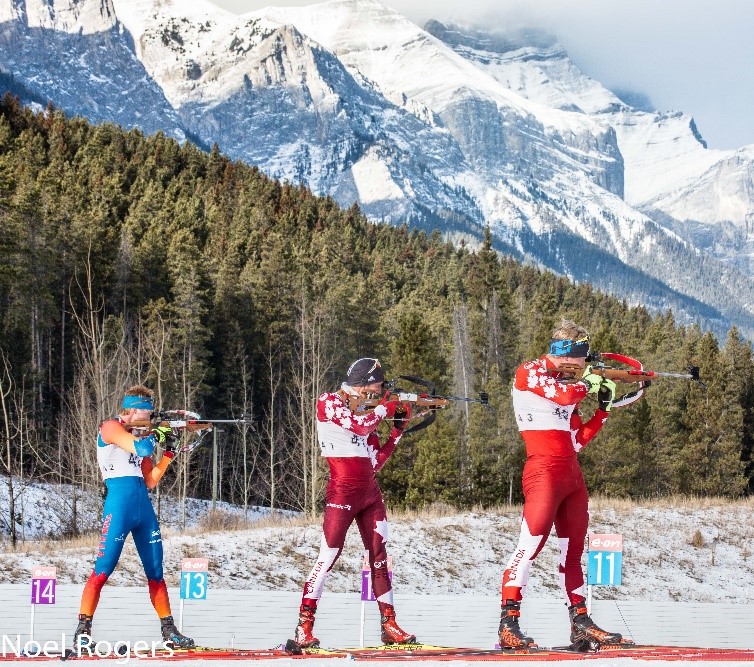 Biathlon Canada is proud to announce the teams that will compete at the World Cup and IBU Cup on the first tour of the 2018-2019 season. The team is made up of a good mix of both veteran experience and athletes competing on the senior international circuit for the first time.

Athletes on World Cup Tour 1 will leave Canada early next week for training camp in Austria and will then travel to Slovenia, back to Austria, and to the Czech Republic for competitions before taking a break for the holidays.

-“I’m excited for the race season to start! It’ll be different not starting the race season in Scandinavia”, commented veteran Rosanna Crawford, who had a career-highlight season in 2017-2018 with a bronze medal in the 15km individual in Ruhpolding, Germany.

Adam Runnalls, 20, who will be competing at the IBU Cup for the first time, is looking forward to racing at a higher level. “I have been working to race on the international circuit since I was 16. This will be a great learning opportunity for me,” said Runnalls, “it is surreal to be teammates with guys who I have looked up to for years.”

The IBU Cup Tour 1 team will leave Canada at the beginning of December to participate in a training camp and the Alpine Cup in Austria. They then travel to Italy and finish the tour in Austria at the end of December.

Coaches: Matthias Ahrens and Pavel Lantsov.
Techs: Raphael Grosset, Andrzej Lesnick, and Martin Struna for all of World Cup Tour 1 competitions. Andrew Chisholm will be with the World Cup Team for the first competition of the season.