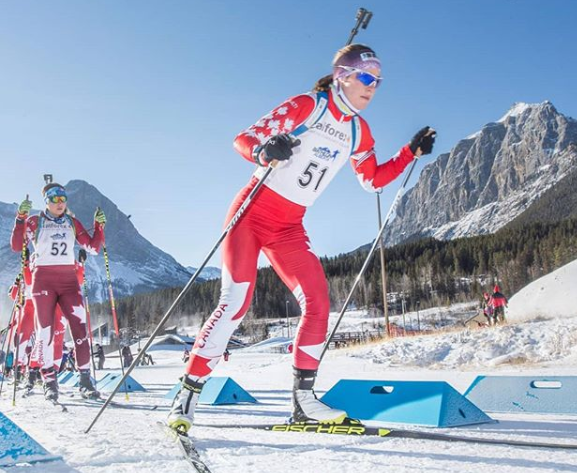 Three days of Selection Trials are completed here at Canmore Nordic Centre. The results affects the determination of which athletes will be representing Canada on the BMW IBU World Cup’s opening competitions as well as the first series of competition for the IBU Cup and Junior Cup. Scott Gow and Rosanna Crawford have pre qualified for the World Cup team based on the top 16-results last season. The team will be announced on 12 November.

National Head Coach, Matthias Ahrens summarizes the event as a mixed bag of good results and mediocre ones, as expected. -“I am really happy that we got to do the trials in fair conditions for the athletes”, says Ahrens. -“It is great winter conditions out here, and from a training perspective, I believe the first athletes are ready to go to Pokljuka”, he continues.”Trial races always brings out some nervousness among the athletes because it pretty much determines their season. Looking at their performances, it goes a bit up and down, and I expect better performances on the World Cup tour”, he concludes.

Last day of Trials concluded with a modified Relay. It was conducted with individual start with each athlete carrying three spares. Women raced a total of 6 kilometers and were penalized with 24 seconds per miss, the men raced 7.5 kilometer and were penalized with 22 seconds per miss. Nadia Moser was the fastest woman out on the course, despite one miss for the standing shooting. Christian Gow advanced from Thursday’s competition, being the fastest male athlete with clean shooting and no use of spares.

Biathlon Canada will make the team selection announcement in the following days.