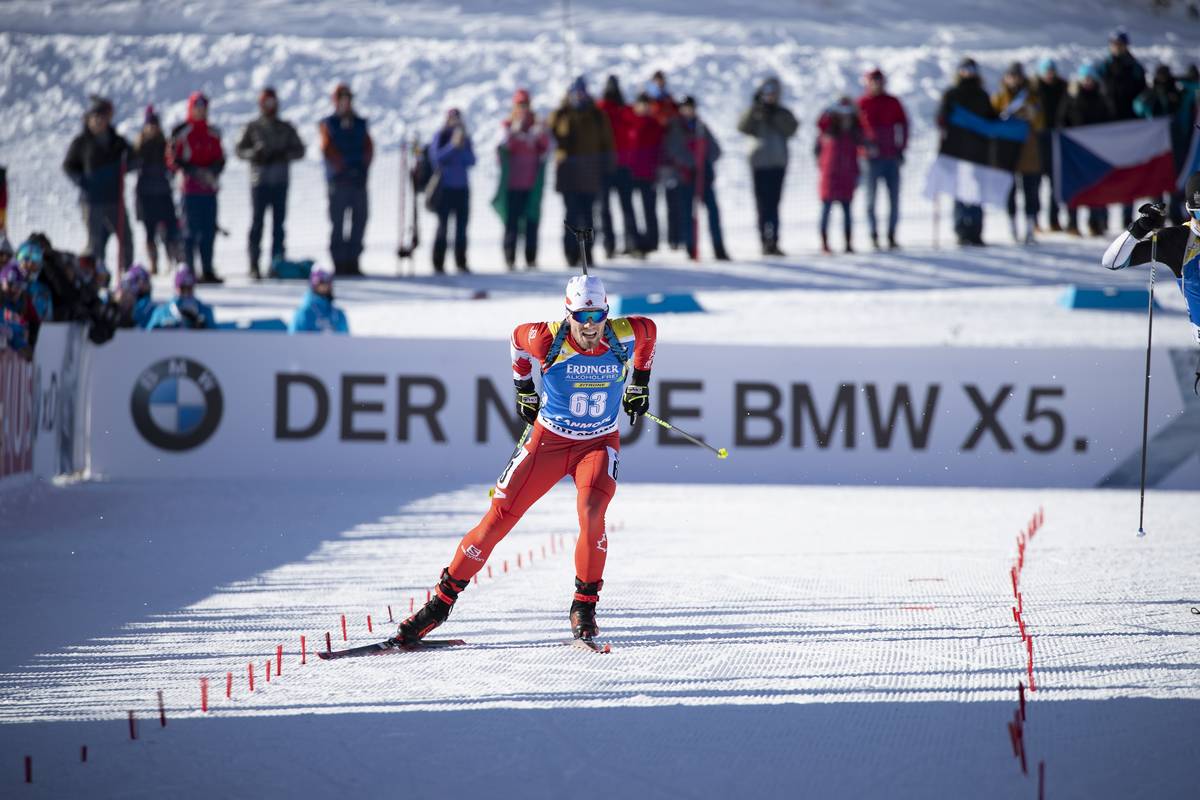 CANMORE, AB, February 7, 2019. Home course advantage payed off huge today for Christian Gow of Calgary, as he bagged a personal best tenth place result in the BMW IBU World Cup Biathlon Shortened Individual race. Gow had only one miss in four trips to the range, and showed impressive ski speed over the 15km course. “Racing at home is awesome. I’ve got tons of people in the stands. They never get to see us race, right, and to have a good race, it’s even better” says Gow, who posted his season best performance in front of over 30 family and friends dressed in Canadian colors. “I think they are probably here to see Scott and I, though they are all VIP, so that helps entice people to get out and cheer.”

Christian’s older brother Scott also raced to a 40th place in today’s Individual. When asked how it felt to be the top Gow brother in today’s race, Christian replied “I think it will give me bragging rights for many years to come, or at least until tomorrow”. Scott Gow watched his younger brother leave the final shooting in the top ten, commenting “He really needs to ski faster”. Sibling rivalry will be put aside tomorrow as the brothers suit up for the men’s relay.

The race was won by the current leader of the World Cup standings, Norwegian athlete Johannes Thingnes Boe. Thrilled to be back in Canmore, where he raced as a junior, Boe was also challenged by the weather. “This World Cup has been quite different because of the cold. Today we used warm pads to keep hands warm, and of course a good warm up was important. It was not so bad today compared to earlier in the week. Today was more like a normal cold day in Norway”. Second place went to Vetle Christiansen of Norway, and third place was grabbed by Alexander Loginov of Russia.

Today’s race saw the International Biathlon Union implement a new rule for the first time, which allows race distances to be shortened due to extreme weather. Both men and women’s races were shortened. The men raced15 km instead of the usual 20 km, and the penalty for a missed shot was 45 seconds instead of the usual one minute. 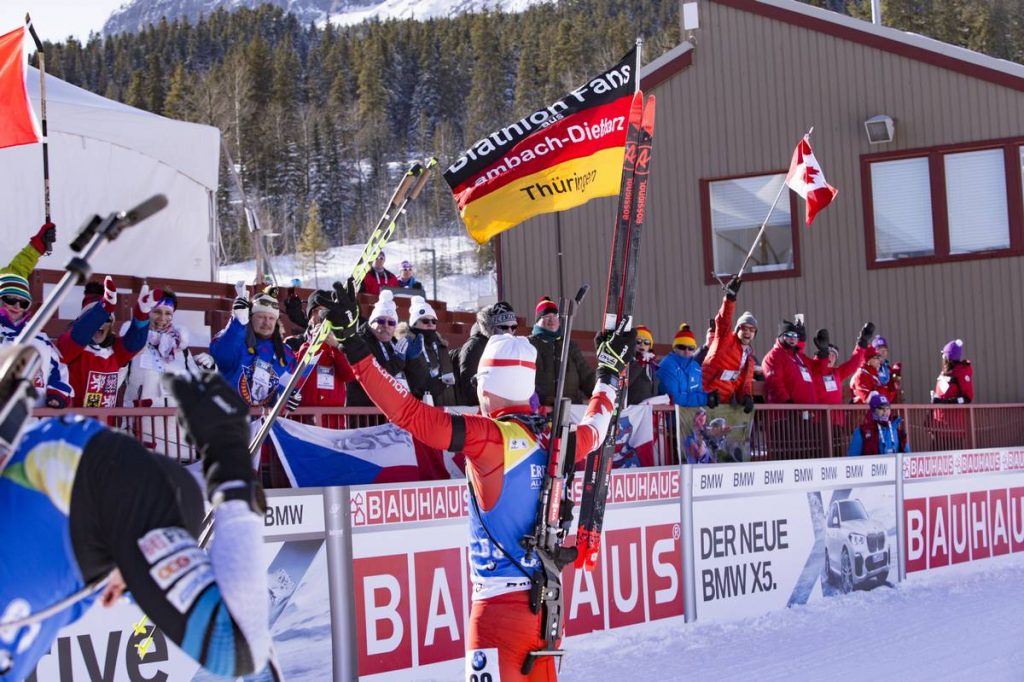